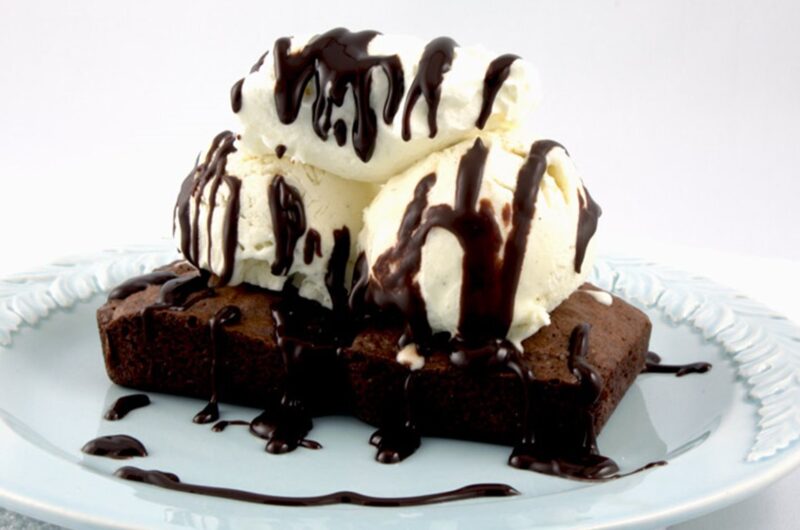 Yummy! This combination is so tasty. Even though I like chocolate ice cream with brownies more, I would take it if you offered me vanilla flavor. This combination also has a lovely tone to it. I liked it too. The creamy and smooth ice cream mixed in with brownie tastes heavenly. Don’t miss chocolate syrup on the top. I tried it myself, and it was just as yummy as I expected. I highly recommend this combination. Try it.

This combination is not my favorite, but it is good. I liked it too. It was tasty but couldn’t compete with the above combinations. The fudge brownie with cookie chunks in cookie ice cream gave it a friendly tone. Even though there were chocolate chips in the ice cream, I still ordered some on the top. It was good. You will like it. Chocolate syrup and smooth cream on the top just made my day. I recommend this combination of a brownie with ice cream too. Try it.