Popsicles are one of the smallest and sweetest inventions of the twentieth century, and as a result of that, they’re very human. They’re designed to simply be a sweet treat to cool you down on hot days, and yet human beings are so happy to customize them! We just think that’s neat.

We’ve done some research about popsicles in general, and we now have plenty of obscure pieces of knowledge that we’d love to share with you. So, let’s learn together! 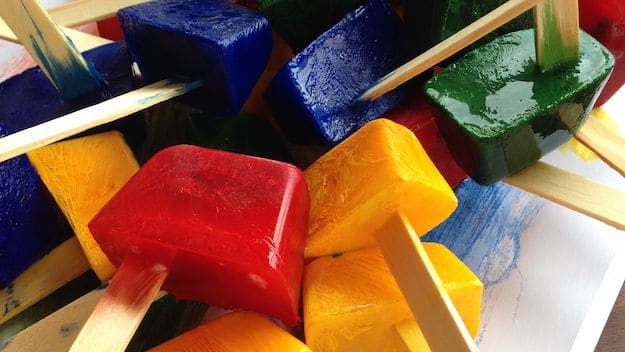 What is a popsicle?

An ice pop is, at the most basic level, a liquid-based frozen snack on a stick. Typically, a certain amount of liquid mix is prepared, before being poured into molds and made to freeze solid. The mix is generally made from a majority of water and a small number of additives (usually syrup and solid fruit).

Freezing is the point at which it deviates from ice cream. Ice cream is frozen while under motion, leading to the unique texture that it has. On the other hand, popsicles are frozen while completely stationary. This means that ice crystals form throughout the popsicle as it sits in the freezer, leading to a solidly frozen object on a stick. Typically, this ice is licked, sucked, or bitten until fully consumed.

The stick of a popsicle is also a quintessential part of things. A stick is mounted within the mold so that the ice freezes around it, allowing you to hold the confectionary by the handle. This is done for convenience, more than anything, as popsicles are made with syrups, so your fingers would likely get sticky awfully quickly!

For something so simple, popsicles have quite a detailed history! There have been things similar to popsicles for a long time, though before 1923, they were commonly just frozen fruit that had been skewered onto a stick. That was a good frozen treat, but it certainly wasn’t too unique a concept.

In 1923, Frank Epperson patented the concept of frozen ice on a stick. He claimed to have invented popsicles when he was only eleven – after he left a glass of powdered lemonade and water with a stick in it on his porch during a cold night. It accidentally froze during the night, and the popsicle was born! This story is still printed on the back of popsicle boxes. Of course, there is no true way to tell completely whether or not it’s truly accurate. 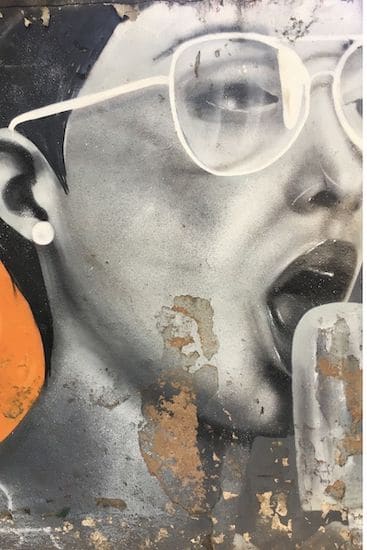 In 1922, Epperson introduced the popsicle to the world at a fireman’s ball. The product was much-loved, and he shortly afterward secured the patent for it. A few years after that, the popsicle got its first official debut at Neptune Beach amusement park, where it was marketed as a ‘frozen lollipop’, or a ‘drink on a stick’. It sold extremely well, as a combination of excited, hot children and tired, hot adults felt the need to quench their thirst with something extremely cool.

A few years after that, Epperson himself sold the rights to the invention ‘Popsicle’ and the brand of the same name to the Joe Lowe Company in New York City.

For an awfully long time, now, people have been making homemade ice pops through the use of assorted different odds and ends of equipment combined with freezing drinks, juice, and anything even vaguely freezable. For a long time, the best option on offer was a combination of an ice cube tray and toothpicks, though ice pop molds are now very widely available! We’ve got a little more to say later on about those molds.

One particular benefit of being able to make your own popsicles at home is that you can add whatever you might like to them, from juice to booze. In the UK, there has long been a trend of using relatively low-alcohol content beverages in the process of making ice pops. It hasn’t caught on in the rest of the world, though we’re sure it would be interesting to try! 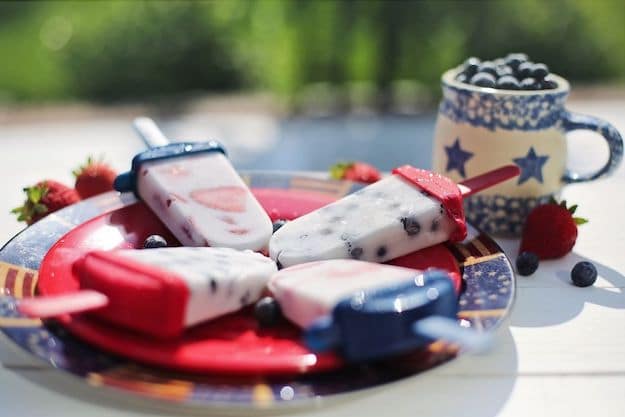 As a final note on homemade popsicles: we want to mention flavor combinations. The original popsicles were based on some simple fruit flavors. There were only seven, and they were all comprised of one flavor in particular. For example, orange or lemon, instead of a combined flavor called citrus.

As people make their own popsicles at home, they’re finding ways to make increasingly unique and interesting flavor combinations. People are the driving force behind this creation, and they’re keeping on going with it every single day!

During the course of researching for this article, we saw a cucumber, elderflower, and mint popsicle. That’s certainly a unique combination, and we’d love to try it! Seeing people innovate and have fun with the genre is something that we really adore in the world of food, and ice cream making in particular. 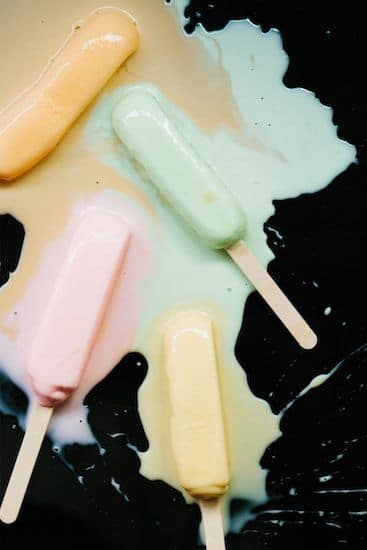 We’d recommend doing everything you can to track down a mold that makes use of silicone in the construction. It can be quite a simple thing, but it will help you so much during the process of getting the popsicles out of their molds! They’ll easily be pushed out of the base, allowing you to cool off quickly.

If you’re not concerned about the ergonomic nature of silicone, we’d recommend looking into quick-freeze molds. They’re typically made from very conductive materials, and allow you to freeze quite a number of popsicles in a relatively short amount of time. A good option can freeze a batch of popsicles in just minutes!