Why Is There No Apple Ice Cream?

Where Is The Apple Ice Cream?

We’ve done some digging, and come up with some interesting answers. Without further ado, let’s talk about it!

The first reason that comes to mind is a simple one: most people simply wouldn’t like the flavor.

In the culinary world, people have preconceived notions of where apple belongs. Typically, these are in hot desserts – apple pie, apple crumble, or even older desserts like an apple turnover. Therefore, the idea of putting a ‘hot’ ingredient into something cool like ice cream is unappealing to most people.

Furthermore, a number of people consider apple to be a cleaner, plainer flavor than most other ice cream flavors. Ice cream is quite a fatty substance, meaning that combining it with the preconceived ‘cleanness’ of ice cream makes for a strange combination. It would, to a number of people, feel oddly mismatched. 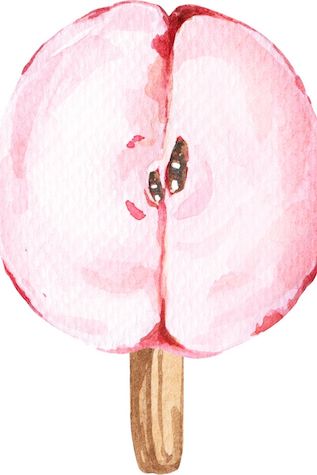 There is a more substantial reason than that for apple ice cream not being sold, however! The reason is that there are a number of chemicals out there that are used to provide that synthetic apple flavor that we’re all so familiar with.

All of these chemicals that are used to create a synthetic apple flavor don’t react well with dairy. In a food sense, dairy is volatile! It has a high-fat content, as well as proteins that can react unpredictably to different additives. Apple flavoring agents react poorly with milk and cream, turning them sour. This means that apple ice cream would be tricky to make from the ground up!

Since the apple ingredients react poorly with the dairy in recipes, a number of people around the world have been able to make recipes with little dairy in them, so that no adverse effects come to pass.

A great example of this is apple sorbet, which is quite popular in France. In the US, sorbet is another type of ice cream, in Europe, though, sorbet is essentially just frozen ice with some sugar syrup added. This means that apple chunks and apple flavoring can be added to the mixture, leading to an easy apple dessert that’s very similar to ice cream.

Within dairy, it’s the fat that reacts poorly with the chemicals in the apple, while other elements don’t. Therefore, recipes like gelato can often get away with using a little apple. Gelato is generally made with mostly milk, and only a little cream. This reduces the overall fat content of the dessert, leading to a frozen treat that won’t react poorly with apples.

While both of these frozen desserts are quite uncommon in the great scheme of things, we wanted to make sure that we mentioned them so that you get a full picture of the answer to the question about apple ice cream. There are definitely options out there!

However, in the world of food science, it’s rare that there is a stone left unturned – we would always expect to find someone out there in the far reaches of the culinary world trying things out!

We would suggest that, if this person exists, they try combining apple with other flavors that are more likely to work in ice cream. Apple and cinnamon have always been a winning combination, and cinnamon has been used in ice cream before. Combining those two flavors and using them in an ice cream recipe would be a great place to start!

Alternatively, a cook could mix apple and rhubarb. These are two sharp flavors that would cut through the fat content of ice cream, leading to a wonderfully interesting and tasty frozen treat. Some experimentation would be needed to find the perfect balance, but the trials would definitely be tasty!