Sorbet is a dessert that’s been around for one heck of a long time. People adore it, and for good reason! It’s sweet, creamy, rich, and wonderful in all the right ways. We have a personal soft spot for lemon sorbet, though we just love lemon in all of its forms. 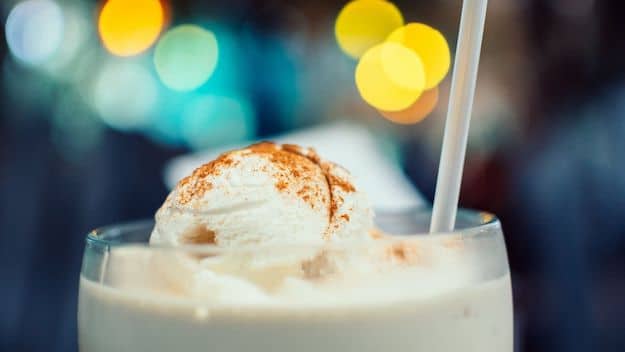 We’ve dug deep on the internet to find all the information we can on this wonderful sweet treat. So, without further ado, let’s talk about sorbet!

At the most basic level, sorbet is a sweet dessert that’s primarily made from ice and syrup. The process of making sorbet is different in different spots around the world, but the idea is fairly consistent – combining water, sugar, and flavors in such a way that you make a wonderful sweet treat.

Most sorbets contain some level of flavoring. Those flavorings vary from recipe to recipe, but anything at all can be used! Usually, it’s fruit juice, fruit puree, wine, liqueur, or honey that take the front seat.

Alcoholic additions have a long history of being added to sorbet. The reason for this is that the alcohol lowers the freezing point of the sorbet mixture, leading to a softer dessert. Essentially, you make something that’s quite close to a slushie, though more refined, and typically more interestingly flavored.

A defining characteristic of sorbet is that it usually doesn’t contain any form of dairy ingredients. Ice cream, of course, is almost entirely dairy. Adding some dairy to a sorbet mixture would result in something referred to as sherbet, which we’ll mention a little later on.

Sorbet and ice cream are made in quite similar ways, but the methods are different enough that it’s particularly noteworthy.

Ice cream is made through the simple process of preparing a hot, custard-like base that is flavored with any number of seasonings, essences, or similar things. After that, the custard base is churned under extremely cold conditions. This method means that tiny ice crystals are made, and then whipped into the rest of the ice cream mixture such that the resulting dessert is smooth and creamy, with no noticeable chunks of ice in it.

Sorbet is made in a similar way, though much more slowly. Typically, a sorbet mix is prepared by combining a simple syrup with the flavorings and ingredients that you desire. Most sorbets contain at least a small amount of lemon juice, and there’s a chemical reason for this.

Once all the ingredients are mixed together, the sorbet is then frozen very slowly for around four to five hours. During this process, the cook will typically remove the sorbet from the freezer around once an hour and whisk it to remove any large clumps of ice from the mixture.

The origin of sorbet

While it’s hard to say for certain, the ongoing theory in food history is that sorbet originated in ancient Persia. Ice was prized in a number of ancient civilizations, though they generally didn’t have access to truly clean, sterile ice that would be safe for consumption. For example, the ancient Romans typically only had access to ice at the base of mountains, which would be contaminated with the assorted dirt and grime from nearby forests and plains creatures.

The first noticeable reference to sorbet is in an Italian reference to a Turkish drink. Knowing how prized ice was in ancient civilization, it stands to reason that ancient Turks would have developed and made a similar drink. 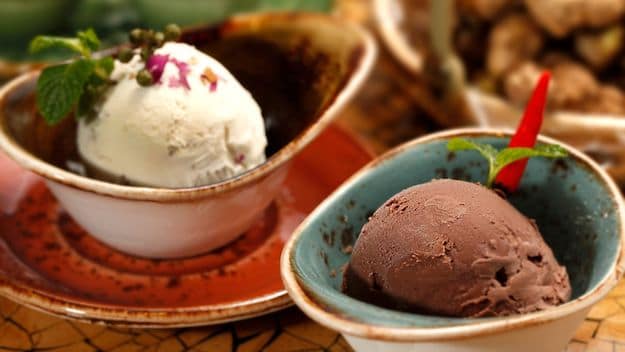 That drink was referred to as ‘sherbet’, which morphed into the Italian word ‘sorbetto’, and later became ‘sorbet’. In the text that makes reference to them, these sorbets are referred to as ‘very light and barely-congealed ices, served after the Entrées. They serve in freshening the stomach; preparing it to properly receive the roast. They are appetizers and help to aid digestion.’

Over time, these sorbets became more and more popular, spreading throughout Europe as their popularity grew. After a while, mixes became exported from the Ottoman Empire made from dried fruit and flowers mixed with sugar. Those were sold to domestic customers so that they could make sorbet in their own homes.

Sherbet is an interesting case in a confusion of language. In European history, the concept of sherbet and sorbet are virtually the same, thanks to the similarity in sound and the high number of languages adjacent to one another.

In the US, though, the term usually makes reference to a product that’s similar to sorbet, though made with dairy additions or other, similar ingredients to result in a creamier, more ice-cream like texture. 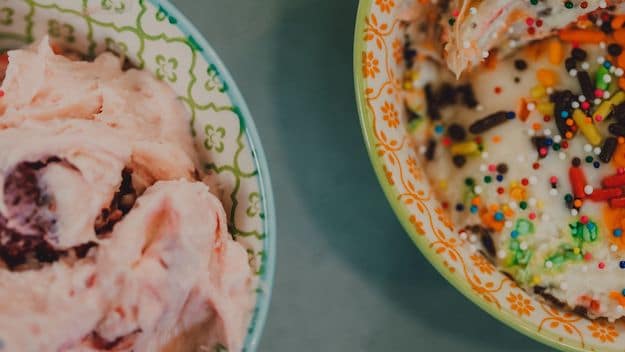 In the USA, the Code of Federal Regulations defines sherbet as a frozen product that contains one or more optional dairy products. Therefore, it could be considered a sorbet that has had dairy added for the sake of flavor or texture.

In Canada, a similar definition applies. Sherbet is defined to be a frozen food, other than ice cream or ice milk, made from a milk product. Therefore, a Canadian sherbet would be said to contain the usual sorbet ingredients (ice, fruit, juice, and sugar), though it would be based on dairy ingredients.

As a final note on the linguistic confusion of all these different treats, we want to quickly mention the term Sherbet and its use in the UK, Australia, and New Zealand. In those places, it makes reference to a fizzing powder that is eaten as candy, typically by dunking a lollipop into it.