Soft serve is a wonderful type of ice cream that has truly gained popularity around the globe since it was first introduced. It’s sweet, smooth, and rich in perfect amounts, making it utterly ideal for the world of sweet confectionary.

From the machines used to make this treat to the mix used to create it, we wanted to know more about soft serve. Therefore, we did our fair share of research, and this is what we found! 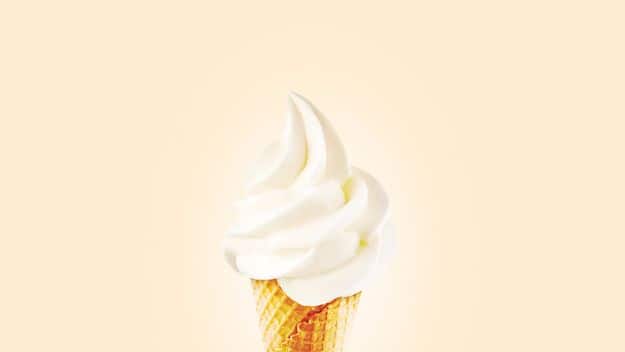 What is soft-serve ice cream?

Soft-serve ice cream is a cold dessert that’s quite similar to basic ice cream, though different in texture. As the name suggests, it’s a lot smoother and less dense, meaning that it’s extremely soft and easy to eat.

The reason that soft-serve is so soft is that in the process of freezing the pre-mixed ice cream (more on that later) a lot of air is introduced through the specialist machines that dispense it. These bubbles are incredibly fine but lend themselves to a smooth, soft texture.

Soft serve is generally not prepackaged in stores but is popular at a number of events, such as fairs or carnivals. The reason for this is that the ice cream must be frozen extremely quickly, and not kept frozen for too long. Before it is dispensed, the mixture is at a low, but not frozen temperature. Freezing a dispensed cone of soft-serve ice cream would ruin the texture!

The history of soft serve

Firstly, there’s the story of Charles Taylor from Buffalo, New York. In 1926, he patented an automatic ice cream maker that is reported to be the first soft-serve ice cream machine. He made an iteration of this machine and installed it into his truck to drive around and serve people ice cream. 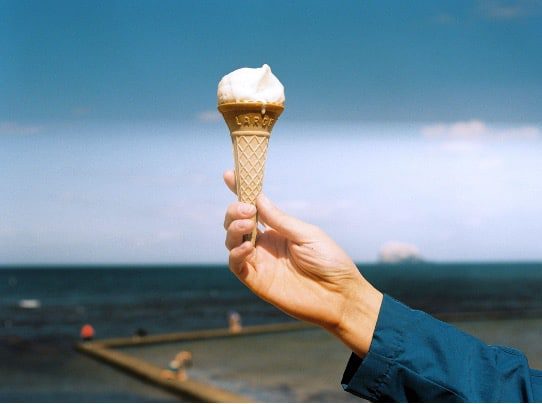 Later, he opened his first store on that spot, decked out with his machines. Reportedly, McDonalds still uses machines that are manufactured by Taylor’s company!

The conflicting story is that of Dairy Queen. In 1938, near Moline, IL, father and son team JF and Alex McCullough developed their soft serve formula. After that, they perfected it and served their ice cream commercially for the first time at their friend’s store.

That first sales experiment was an all-you-can-eat extravaganza of ice cream, and they reportedly sold more than 1600 servings in two hours. This equates to one every four and a half seconds!

What’s in the pre-mix?

Most machines are very simple things indeed. Essentially, they take a container filled with the mix that will become soft-serve ice cream and freeze it while pumping air into it. At the end of that process, it is dispensed from a nozzle and into a cone, typically.

There are three different types of pre-mix, and they have slightly different characteristics to one another.

The first mix is a fresh liquid mix. It typically comes in a bag and requires constant refrigeration to prevent it from spoiling. On top of that, it must be used within five to seven days of manufacture, or it will spoil! Of course, quality is severely hampered by the bacteria spoiling it, so people are extremely careful to ensure they exercise quality control.

The second mix is a powdered version of the first. The advantage of doing this is that the powder can be stored at room temperature for a long time without spoiling. The disadvantage of this is that people will often add the incorrect amount of water to the powder mix. This results in a poor end product, and dissatisfied tastebuds.

The final mix is an ultra-heat-treated (UHT) liquid. It is functionally the same as the fresh mix, but it has been sterilized and completely sealed. It can last for a long time without needing to be refrigerated and can be poured into the soft-serve machine without any kind of prep.

Food regulation boards generally suggest that the UHT mix is chilled for a few hours before use, as bacterial growth can begin within the machine if the mix is warm and has been exposed to the elements. For that reason, people typically store a few bags in their fridge, and then simply pour them into their machine when the time comes.

This is an obscure fact about pregnancy that a number of people are really surprised to learn – including us! We were blindsided by it, though we’ve now learned the exact reason why.

The reason that people are supposed to avoid soft serve while pregnant is that ice cream machines can be hotspots for listeria bacteria. Usually, it is found in deli meats, soft cheeses, and unpasteurized milk. 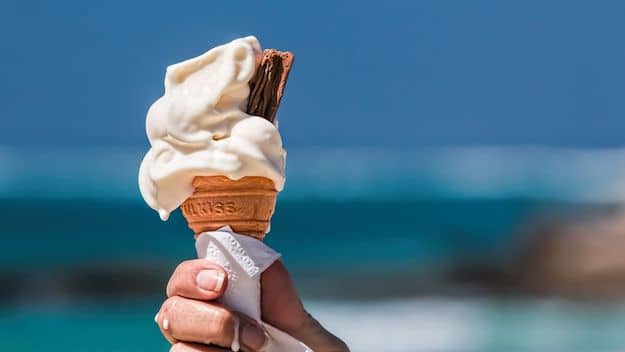 Of course, a clean machine and UHT mix means that the chances of contracting listeria are low. Of course, not everyone cleans their equipment fastidiously, leading to a level of risk that people are often uncomfortable with.

To increase the risk, listeria bacteria cannot be detected in food, and is not destroyed through the process of freezing! To be on the safe side, only eat soft serve ice cream from people that you can be sure clean their equipment every day.