Ice Cream – Everything You Need To Know

How was ice cream invented? 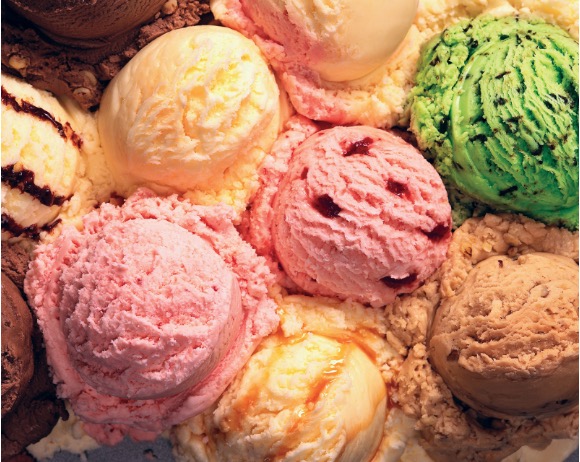 Well, the story of ice cream really depends upon what you would consider ice cream.

Looking really far back into history, there are examples of people making and eating flavored snow and ice as far back as the second century B.C. For example, Alexander the Great was a big fan of snow and ice flavored with honey – sounds pretty good!

The first appearance of something that we might recognize as the modern ice cream was in the sixteenth century. Marco Polo was a famous Italian explorer – he came back to Italy from a journey to China and had a recipe that closely resembles what you or I might call sherbet. Over time, this recipe developed into ice cream, though historians are a little spotty on the details.

At almost exactly the same time, English cooks seem to have developed a recipe for ice cream or, as it was then called, Cream Ice. During the seventeenth century, King Charles I regularly had ice cream after dinner in his castles.

Ice cream made its way to America shortly before the country was founded. The first official record is from a letter written by someone staying at the home of the Maryland governor at the time – this was in 1744. Over time, the ice cream simply became more and more spread out throughout the country.

How is ice cream made? 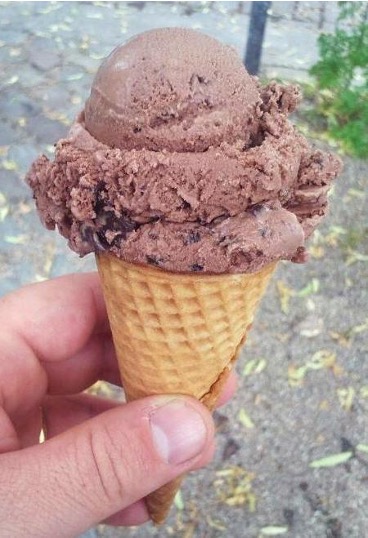 Modern ice cream is, essentially, a form of frozen custard. Custard is quite difficult to make in its own right since it involves a number of eggs and the careful application of heat.

During the process of making a basic custard for ice cream, it’s likely that the eggs or cream in your recipe could curdle. While heat is being applied to the mixture, the eggs may thicken and become a strange, scrambled egg-style mixture. Alternatively, the milk itself could curdle and split, which is where the fat in the liquid separates from everything else – this will leave you with a disappointing, lumpy custard.

If you make the custard correctly, then you will end up with a fairly thick liquid that’s rich and sweet. We’d recommend adding your flavorings here, and then giving them a chance to infuse overnight – this will get you maximum flavor!

Once the custard is made and cooled, it’s simply a matter of freezing the mixture in a very specific way. Ice cream machines exist because the process of churning the ice cream can be quite labor-intensive – you would need to routinely retrieve a bowl from your freezer, stir for an extended period of time, and then re-freeze the bowl. Instead, an ice cream machine means you can simply add your custard, and it will become ice cream before your eyes!

What is the most popular flavor? 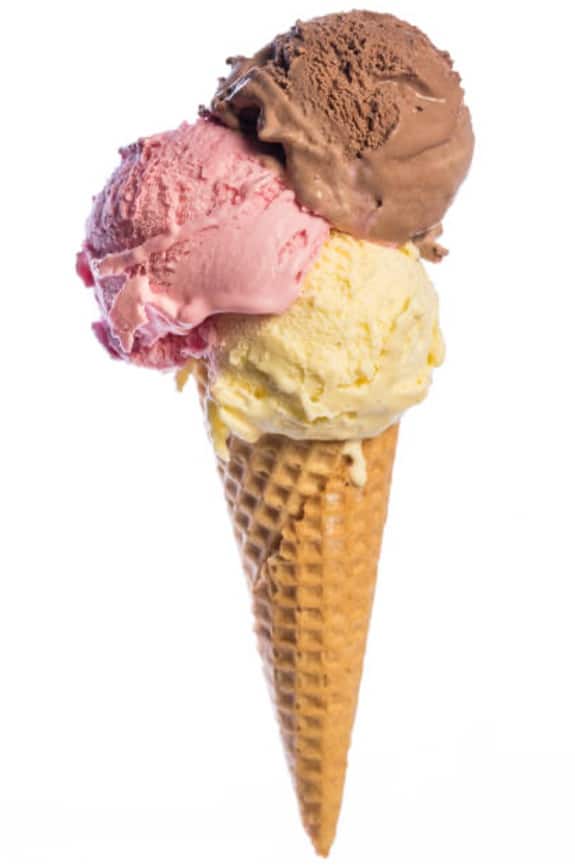 This is quite a tricky question to answer, surprisingly, since there’s no real way to ask everyone in the world what their favorite flavor is.

We really like the article that we linked to in the header – it takes data from Instagram hashtags and uses them to approximate what flavors most people are getting. It comes to the conclusion, quite wisely, that vanilla is the most popular flavor – nearly 450k people had created posts with that hashtag at the time the article was written.

The second most popular is the real surprise, though. We were expecting chocolate or strawberry to be next, or perhaps even mint chop chip – people love that! Instead, the next most popular flavor is matcha! The green tea makes a stunningly beautiful scoop, it must be said – perhaps that’s why there are so many photos of it on Instagram… 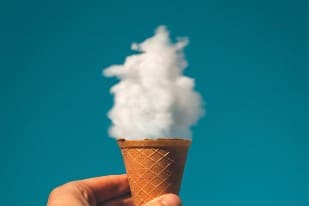 Well, this is quite an interesting one. Soft serve ice cream is similar to scoopable ice cream in a number of ways, though it’s also fundamentally different. Typically, soft serve is made without eggs and with stabilizers in their place – this makes it technically not ice cream.

Furthermore, the ice cream is typically made from a pre-packaged product, which is served by injecting a lot of air into the pre-mix and then serving it a few degrees higher than the freezing point. The combination of the air content in the soft-serve and the temperature at which it’s made means that it’s a lot softer and smoother than hard-packed ice cream.

How do you get started making your own ice cream?

Making ice cream in your kitchen is such a lovely thing to do! People utterly adore getting to taste food that you’ve made with your own hands and making a frozen treat like ice cream simply pushes the luxuriousness over the edge! 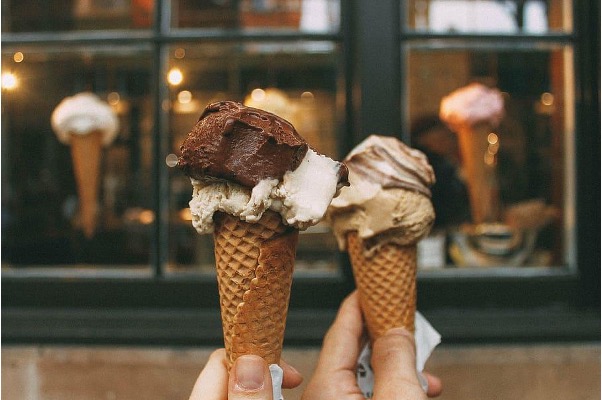 A great place to start is to decide what type of ice cream you’d like to make. There are four main options, so let’s run through them here.

We hope that you use our article and the links that we’ve provided to learn a little about ice cream! While you’re here, take a look at our other posts, and see if you can find something that you’d love to read. We’re sure there’s something here for everyone!