No matter what weather takes you by the storm, one Italian food helps you brace it all. No, not pizza. Gelato! This fluffy Italian ice cream isn’t one to shy away from any season. Soft, creamy, and a taste of heaven at every bite, Gelato is a queen of ice creams!

It was in the 16th Century when the all-around creamy dessert was first introduced to the citizens of Florence. Gelato is an Italian word that means “Frozen,” quite fitting to its name. Its roots, however, are not as easily traceable as the word itself. There are many different narratives hanging around the birth of Gelato. However, while not sure who exactly invented this sweet frozen heaven, historians trace the origin story to a Florence citizen, Bernardo Buontalenit. 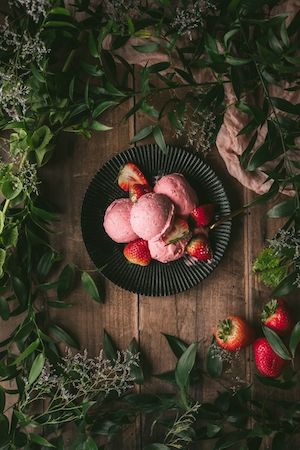 Bernardo Buontalenit was hired by the grand lovers of art and philosophy, the Medici family, to create and prepare a unique dessert for the King of Spain, who was visiting in the 1500s. And yes, we are talking about the same Medici family who kick-started the Renaissance, the rebirth era in Europe! It is no wonder Gelato came into being. Buontalenti whisked together lots of cream and ice and created a seemingly close version of dairy-based modern Gelato that we all love today. The court and Catherina de Medici were immensely impressed with this popular invention! Soon, it spread like wildfire across the city and became extremely popular among the Italians that soon, Buontalenti was punctuated as the faster Gelato!

After this royal event, the tradition of Gelato was passed from father to son for generations. It was this chain of sharing from which Francesco Procopio Dei Coltelli emerged and introduced it to Paris! Procopio is credited with making Gelato famous outside Italy. He opened a cafe in Paris in the year 1964. It was loaded with modern-day delights such as chocolate, coffee, and Gelato and served in aesthetically pleasing porcelain cups. Historians have suggested that Procopio may have been the first to develop the very first ice cream maker! It is no wonder the novel frozen delight went around Europe in his time. To this day, the bustling city of love, Paris, still holds the Café’ Procope, which is still in operation as ever and continues to sell glace—Gelato!

Welcome to the USA

In the year the 1770s, Gelato arrived in the United States. It is all thanks to the Italian native Giovanni Biasiolo, who introduced this creamy frozen treat to the Americans. It was extremely popular until, alas, the hand crank freezer arrived and overshadowed this Italian-origin dessert. The ice cream became notorious, and it was easy to store and make and, well, economical. Gelato went under the shadows. Historians have noted that it wasn’t until the 1900s that Gelatos remerged to take over the ice cream scene. From there onwards, it went around the globe and was an instant success!

If it weren’t for the hand crank freezer, Gelato would have been famous in the 1800s. The ice cream must have given it a real challenge. It was no wonder the two-faced head-on took part in this creamy cold War. Regardless of this War, do you know that the Gelato shares the same ingredients as any other ice cream; dairy, air, and sugar? So, what makes this dessert, Gelato, any different from other ice creams? Let’s take a look! 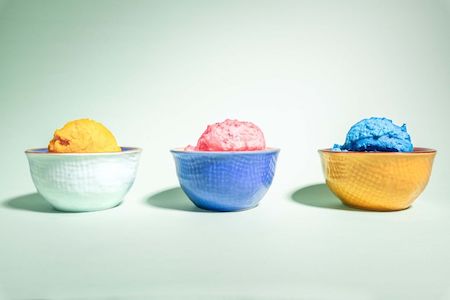 What is the difference between gelato and ice cream

See, the difference lies between the proportions of the ingredients mentioned above. Both Gelato and ice cream use dairy, air, and sugar. But the quantity differs. Firstly, both the mixtures of Gelato and ice cream combine sugar and milk (or cream). Both are whisked evenly and then left to pasteurize. Both require natural or artificial flavors, which are then mixed and folded. The churning begins, and that is where the difference visualizes.

The quantity of air added into the mixture either makes Gelato or some other ice cream. Regular ice cream requires lots of air and a high overrun, increasing its volume. At the same time, Gelato folds in less air.

Egg yolks are another factor that differentiates between the two. Icecream uses egg yolks to add fat and stabilize the mixture. Whereas Gelato rarely uses eggs instead incorporates milk.

Finally, Storage. Gelato is frozen in small batches as it freezes quickly. This factor makes Gelato fresher and high in quality. Whereas regular ice cream, especially due to its commercial use, is stored for the long term. This makes ice cream far higher in fat content and frozen than Gelato.

Our favorite frozen dessert, Gelato comes in various flavors; chocolate, vanilla, coffee–you name it. However, it comes in two varying types: Semifreddo form and Granita. Semifreddo is known for its mousse-like sweetness, and its texture is semi-frozen. In contrast, Granita is slightly granular. It’s loosely textured, and much enjoyed as a non-dairy treat. 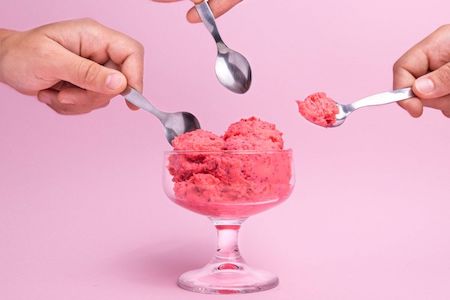 Fun fact! Gelato, although it varies from other types of ice cream, it can easily be found in the same form as that frozen yogurt!

In Italy, you will find tons of shops punctuating Gelateria. These shops sell Gelato and mouth-watering ones! Gelato is rooted in the Italian tradition. Hence, to make Gelato at home, we at Tasty Ice Cream suggest that the ingredients should be natural and authentic like the original Italian recipe. Making Gelato is easy. If you like to check out its recipes, how about taking a trip to Tasty Ice Cream?