This Cheese Ice Cream Recipe is creamy, tasty and simple. It is a wonderful ice cream with aroma taste, flavor and texture of cheese. You can also add many flavors and types of toppings according to your own taste. This ice cream is a perfect treat to enjoy on hot summer days! 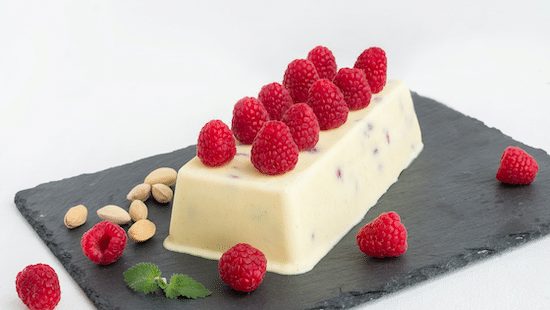 This unique cheese ice cream is an odd one, considering how sweet all of our other recipes are. However, we’d recommend that you give it a go! It’s super creamy and delicious, as well as being an interesting experiment in what flavorings you can add to ice cream to make interesting things. Give this Homemade Cheese Ice Cream Recipe a go soon!

Cheese Ice Cream is a tasty dessert made from three different kinds of cheese and other ingredients including cream, milk, and beer. For toppings, fruits such as raspberries can be used or some chocolate. The method to prepare this wonderful delight is not much complicated. It is pretty easy to make at home. Try this out!